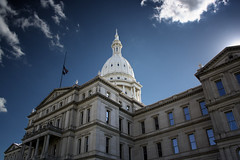 It should come as no surprise that many people are finding their workers compensation benefits disputed. Insurance companies and self-insured employers use a hypothetical “wage earning capacity” to say a person is only partially disabled. These “phantom wages” are then justification to reduce or stop benefits.

Recent comments from the Appellate Commission have been raising some eyebrows. These statements confirm what practitioners have been saying for years.

Comments from the Appellate Commission

“While I find my colleague has provided an accurate review of the law as it relates to the changes in worker’s compensation in the recent decade, I also find I must write separately to illustrate a point. Having served as a magistrate for fifteen years, I find that for both magistrates and practitioners (particularly those who typically represent plaintiffs) the current state of the law is nearly impossible with which to deal.” 2012 ACO # 49, L’Mell M. Smith (dissenting).

“With regard to plaintiff’s argument of bias and prejudice, we answer as follows: it is true that the new law has resulted in an increased number of remands and denials of benefits but to charge bias when looking at results under the old law is to compare apples and oranges. We must abide by the law as written and have no power to deviate from its commands. If plaintiffs in this State are dissatisfied with the results of the new law, that is a matter for the legislature and not the Commission.” 2014 ACO # 2.

We know how changes in Michigan’s workers compensation law have affected individuals at the trial level. Magistrate disposition statistics show just 20 open awards and 61 denials in 2013. This is sharp contrast from past years.

Antidotal evidence suggests injured workers are doing even worse on appeal. Why are there no disposition statistics regarding wins and losses at the Appellate Commission? The Agency needs to release this information so we can have an open discussion about what is occurring.