Medical costs lower than most states 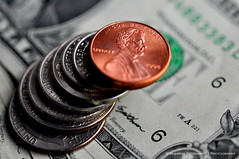 The Workers Compensation Research Institute (WCRI) released a new study finding that medical payments for workers compensation claims in Michigan were lower than most states and rising at a slow pace.

This is great news for Michigan but you won’t hear much about it. Special interest groups are pushing for even more workers compensation reform. They would have you believe the system is in crisis and employers are leaving the state in record numbers.

Better value but at what cost

More changes are on the horizon. Proposed rules for evidence-based medicine were circulated in the beginning of 2014. These rules would put bureaucrats in charge of medical decision making and limit choice of doctor.

Evidence-based medicine also shifts the cost of treatment away from the responsible employer and on to the taxpayer. Injured people don’t just go away because some arbitrary guideline says treatment is not required.

It is hard to imagine why these changes are necessary considering Michigan ranks at the top for controlling medical costs.

Michigan businesses are already paying less each year for workers compensation insurance. The pure premium advisory rate is expected to drop by an average of 6.5 percent in 2015. Rates have now plummeted 28 percent in the last 3 years.

Our elected representatives have forgotten that workers compensation is a grand bargain between employers and employees. Taking away access to medical treatment undermines the entire system.