Home > Should student-athletes be allowed to join a union?

Should student-athletes be allowed to join a union? 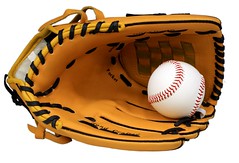 The Detroit Free Press has reported that legislation banning student-athletes from joining unions is now on its way to Governor Snyder. We have taken a special interest in this topic because student-athletes are not considered employees for purposes of workers’ compensation.

Most college scholarships last for just one year and the university can opt not to renew. In addition, student-athletes can be personally liable for medical bills over the long term. Union membership might have changed these facts.

The debate about union membership for student-athletes is not new. The Atlantic published a fascinating article in 2011 about the history of the NCAA and the myth of the student-athlete. The origin of the term to help the NCAA fight against workers’ compensation claims for injured football players.

Arguments about protecting the integrity of the game are hard to swallow when big time TV deals and corporate endorsements are the norm. While union membership might not be the answer, there is certainly room for compromise.

We had previously suggested that a pooled workers’ compensation fund be created. All NCAA affiliated universities and colleges must contribute based upon the amount of revenue generated each year by student-athletes. Michigan workers’ compensation law would govern the payment of benefits just like professional athletes. If a scholarship is lost, the fund would step in so the student-athlete could complete his or her education. Medical benefits would be paid for life.

Want to sound off on this controversial issue? Leave a comment below.