Home > Is it time to scrap the exclusive remedy?

Is it time to scrap the exclusive remedy?

The future of Michigan workers’ compensation after 2011 legislative reforms and possible tort alternative. 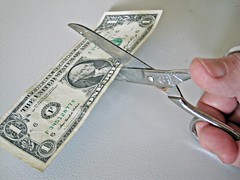 Business Insurance has a great article about the exclusive remedy provision and how it is under attack in several states. Reform efforts have cut benefits nationwide and people are looking for other means of recovery. A Miami judge even found Florida’s workers’ compensation law to be unconstitutional saying it no longer provided a reasonable alternative to civil court.

Attorneys in Michigan have been discussing this same reality for years. Michigan’s law has become so lopsided that it does not provide adequate protection for claimants. A challenge under federal law is being openly considered. Could Michigan be the next state to find its workers’ compensation law declared unconstitutional?

Michigan adopted its first workers compensation law in 1912. It was designed as a grand bargain between employees and employers. It was intended to provide medical treatment and lost wages for people hurt on-the-job. In exchange for these automatic benefits, employers get protection from civil lawsuits. Workers’ compensation is the exclusive remedy.

Legislative reforms in 2011 have gone to the extreme. Insurance companies are now permitted to reduce weekly checks based upon phantom wages. Some claimants are even told they can earn more money after they get hurt. It does not matter if a real job has actually been offered.

Scrapping the exclusive remedy provision is a possible solution. An employee should be allowed to opt-out of the workers’ compensation system under limited circumstances. For example, when the weekly rate is reduced to less than 25% of pre-injury earnings based upon wage earning capacity.

Why your “wage earning capacity” matters under Michigan workers compensation