Michigan workers’ comp is a political football that seems to get tossed around every election cycle. 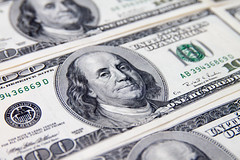 Statistics week continues with an article published by the Detroit Free Press. It shows that Michigan was ranked highest in the nation for election spending in 2014 on its Supreme Court races. More was spent in Michigan on TV ads involving judicial races than in any other state.

According to the Free Press, half of the spending on the state’s Supreme Court races were through unreported television advertisements, including $4.2 million by the Michigan Republican Party.

We have blogged about politics and money on multiple occasions. Special interest groups promote candidates who generally support their agenda. This happens at all levels of government including the Supreme Court.

It is no secret that workers’ comp reform in 2011 was jammed through by Republicans. It codified several controversial decisions from a Supreme Court that had a majority of republican nominated justices.

Rakestraw vs. General Dynamics Land Systems, Inc. (2003) makes it nearly impossible to prove a case when an individual has a preexisting medical condition. Stokes vs. Chrysler, LLC (2008) changed the burden of proof making it much harder to collect benefits. Lofton vs. Autozone, Inc. (2008) started the idea that an individual could have his or her benefits reduced based upon “phantom wages.”

Unfortunately, we elect justices to the Supreme Court using the nonpartisan section of the ballot. This should be changed so that people know who they are voting for. It is naive to believe this problem can be easily fixed but steps can be taken.