Sad news from New York as Wal-Mart employee gets trampled and dies on Black Friday. 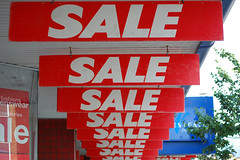 We posted a reminder last week about the dangers of crowd control during the holiday shopping season. The New York Daily News is now reporting that Wal-Mart employee, Jdimytai Damour, died during a Black Friday stampede.

According to the article, roughly 2,000 people gathered outside the store before it opened. The crowd pressed against the glass chanting “push the doors in.” Employees formed a human chain inside attempting to control the crowd.

Customers broke through the store’s front doors and trampled Damour. Officers attempting to perform CPR were also stepped on. Several other employees were knocked to the ground. Four shoppers, including a woman eight months pregnant, were reported injured.

Wal-Mart should never have allowed this situation to occur. A company this size has no excuse for poor crowd control. Lining up worried employees’ in a human chain sounds like a recipe for disaster. Here is another link to OSHA’s Crowd Management Safety Guidelines for Retailers.

We are sickened by this horrible tragedy. A human life is worth more than a discounted TV or a cheap vegetable steamer. Boycotting these types of Black Friday sales is a good way to change attitudes and get employers to address safety concerns.

Wal-Mart’s actions could also arise to the level of intentional tort in Michigan. This would allow additional damages beyond workers’ compensation in a wrongful death lawsuit.

Safety warning for seasonal workers this Thanksgiving and Black Friday