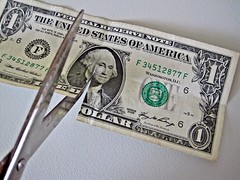 The Michigan Supreme Court has released its opinion in the case of Arbuckle v General Motors, LLC. This matter arises out of the tax-payer funded restructuring that saved General Motors from collapse in 2009. It involves retires who found their workers’ compensation checks suddenly reduced.

The UAW consented to a new formula when calculating workers’ compensation benefits. It now permits GM to coordinate with disability pension benefits. Something that had not been done in the past.

Michigan law has actually permitted coordination of disability pension benefits for years. Coordination is when the usual workers’ compensation payment is reduced by other benefits. This is often seen in public school cases. However, an employer can agree to forgo such a reduction. General Motors and the UAW had such an agreement.

A group of retirees who are receiving workers’ compensation saw payments drop. The Arbuckle lawsuit was brought as a challenge arguing the UAW did not have authority to bind retires when it changed the collective-bargaining agreement.

The Michigan Supreme Court found coordination of retiree workers’ compensation benefits and disability pension benefits to be proper. This is a shock for many GM retirees who are living on a fixed income.

My workers comp check is how much?