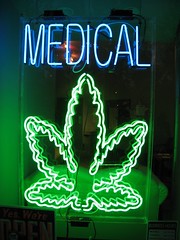 The Michigan Legislature has passed comprehensive legislation to regulate and tax medical marijuana in the State of Michigan. It comes nearly eight years after voters approved a ballot imitative making its use legal. Governor Rick Snyder has now signed these changes into law.

Medical marijuana is a controversial issue and many groups opposed its legalization in 2008. Others felt it was essential to treat individuals with specific medical conditions. Michigan voters decided in the affirmative and it has been a free-for-all ever since.

There was some initial debate about whether an employer had to pay for medical marijuana under workers’ compensation. This was resolved with the passage of Senate Bill 933 (2012) exempting employers from having to reimburse these charges.

Ironically, tax revenue generated from the sale of medical marijuana is now going to be the primary funding mechanism for the First Responder Coverage Fund. It pays workers’ compensation benefits to firefighters who develop presumed occupational cancer.

Many have criticized its creation as nothing more than political theater as no money was allocated in the 2015 or 2016 state budget. A one-time deposit of $1 million dollars was eventually approved for the current fiscal year. Starting October 1, 2017, 30% of the revenue generated from the sale of medical marijuana will be deposited in the fund.

We are thrilled to see the Michigan Legislature find a creative solution to help cancer stricken firefighters. But what about other workers who are regularly exposed to carcinogens and toxic chemicals? A better solution would be to fix the burden of proof under workers’ compensation and hold the employer responsible as originally intended.

Firefighters get presumption for cancer diagnosis