Home > Race to the bottom continues

Race to the bottom continues 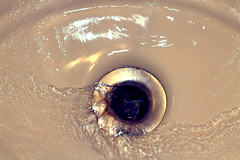 The Detroit News has published an editorial authored by Governor Rick Snyder. He is promoting new legislation that would give more tax incentives to businesses who create jobs. This is apparently necessary because of stiff competition from other states. He cites workers’ comp reform as a successful example of creating a friendlier business climate.

We have been critical of Governor Snyder in the past and disagree that workers’ comp reform has been a success. Special interest groups have always pushed workers’ comp reform under the guise of job creation. This has created a race to the bottom mentality where each state is trying to lower its benefits. Some people no longer even have a remedy under workers’ comp.

Insurance companies in Michigan are now permitted to make up the partial disability rate based upon jobs they believe a person can find. This is called post injury wage earning capacity and it does not matter whether a real job is offered. We had one client see his weekly checks slashed from over $400 per week to just $19.

Arguments about job creation are important but should not be done in a vacuum. Michigan needs laws that protect all citizens and not just businesses.