Home > Is it time to roll back right-to-work in Michigan?

Is it time to roll back right-to-work in Michigan? 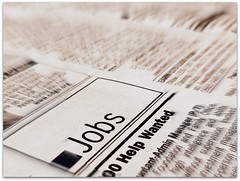 CNN has published an editorial from Senator Elizabeth Warren of Massachusetts. She discusses President Trump’s decision to renegotiate the North American Free Trade Agreement (NAFTA) and how right-to-work laws could be a key sticking point.

Canadians are urging roll back of right-to-work laws. These make union dues optional even though all workers are still represented. Unions are starved of resources making it harder to advocate for their membership.

Canada does not want to compete with poorly treated U.S. laborers. Right-to-work laws have been shown to lower wages and reduce benefits.

Michigan passed its own right-to-work law in 2012. Reviews have been mixed with income inequality at an all-time high.

We think right-to-work laws are just part of a bigger problem. A race-to-the-bottom mentality exists where each state fiercely competes for jobs. It seems like American workers are getting squeezed more than ever.

Michigan also reformed its workers’ compensation law in 2011 and has now seen a nearly 40% drop in the pure premium rate. This has saved hundreds of millions for employers at the expense of injured workers.

Minimum protections must be put in place to ensure American workers are treated fairly. We hope workers’ compensation laws will also be included in the NAFTA renegotiation.