Ballot initiative legalizing recreational marijuana could be added to November 2018 election and what this means for people on MI workers’ compensation. 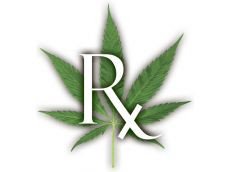 The Detroit Free Press is reporting that marijuana legalization could be added to the ballot in November 2018. A group supporting adult recreational use turned in a petition with more than 360,000 signatures to the Secretary of State. The ballot proposal would follow the same type of licensing model that is currently used for medical marijuana. It would also tax retail sales, limit possession, and allow local communities to decide whether they will allow marijuana businesses.

Voters approved medical marijuana in a separate 2008 ballot initiative. It was controversial at the time and elected officials continue to struggle with its full implementation. Michigan law does not require employers to cover medical marijuana under workers’ compensation.

Ironically, tax revenue generated from the sale of medical marijuana is the main funding mechanism for the First Responder Coverage Fund. This pays workers’ compensation benefits to firefighters who develop presumed occupational cancer.

We have seen employers take a very strong position against medical marijuana in the workplace. Testing positive can result in termination of employment. Is also possible for wage loss benefits to be disputed under workers’ compensation.

Marijuana is a controversial issue and many people oppose legalization for recreational use. Federal law still classifies marijuana as an illicit substance. We do not believe much would change under current workers’ compensation law if the ballot initiative passed.