Trump administration considering lifetime coverage limits for Medicaid and how this could affect people who are denied workers’ compensation benefits in Michigan. 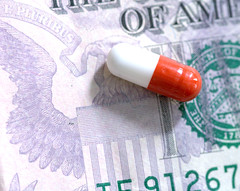 The Washington Post has published an opinion piece regarding lifetime coverage limits for Medicaid. Arizona, Kansas, Utah, Maine and Wisconsin have all sought permission from the Trump administration to limit coverage for recipients they deem able-bodied. Some of the proposals have a limit of just three years. It is expected that other states will follow should the Trump administration give its blessing. This is yet another attack on the Medicaid expansion that was part of the Affordable Care Act.

We have blogged about the Medicaid expansion on several different occasions. Michigan lawmakers agreed in 2013 to accept federal dollars and implement the changes. Individuals earning up to 133% of the federal poverty limit could seek Medicaid coverage. More than 600,000 people in Michigan signed up for the coverage and it has resulted in an estimated 30,000 new jobs.

Many of our clients cannot afford to purchase medical insurance on their own. This is especially true when workers’ compensation benefits are cut-off. Medicaid expansion allows these individuals to seek treatment while their workers’ compensation case is pending. It also allows them to seek proof that a medical condition is indeed work-related. Medicaid shares in any recovery and gets paid back should there be an award or settlement.

Proponents of lifetime coverage limits say it will not affect disabled individuals. However, we know from experience that disputes about the ability to work are common. Closing the door on Medicaid entitlement after an arbitrary period of time is a bad idea.

Michigan Workers Comp Lawyers never charges a fee to evaluate a potential case. Our law firm has represented injured and disabled workers exclusively for more than 35 years. Call (844) 316-8033 for a free consultation today.

Photo courtesy of Creative Commons, by CarbonNYC [in SF!].