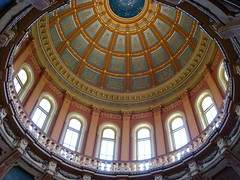 Medicaid expansion occurred as part of the Affordable Care Act. Individuals making up to 138% of the federal poverty level qualify for coverage. Over 600,000 people in Michigan currently receive healthcare because of this expansion. It has created thousands of jobs and made a real difference for low income families.

Federal rules prohibit a work requirement for Medicaid. However, President Donald Trump has begun approving waivers for states who seek to impose such a condition.

We are big fans of Medicaid expansion. It allows our clients to seek medical treatment when their workers’ compensation claims are disputed. This allows them to recover and get back to work sooner. Medical evidence can also be obtained showing a condition is work-related and the responsible party can be held accountable. Medicaid gets paid back from any settlement or award.

Senate Bill 897 has an exception for individuals who are currently receiving temporary or permanent long-term disability benefits from a private insurer or from the government. It says nothing about individuals who claim disability but have been denied. This could be devastating for people who are fighting to prove entitlement to workers’ compensation. How will the State of Michigan determine who is “able-bodied” and capable of working? These questions must be resolved before passage of this controversial legislation.

Michigan Workers Comp Lawyers never charges a fee to evaluate a potential case. Our law firm has represented injured and disabled workers exclusively for more than 35 years. Call (844) 316-8033 for a free consultation today.

Medicaid insurance for 640,000 could be lost