AFL-CIO report shows the number of Michigan workers killed on the job rose 20% between 2015 and 2016. 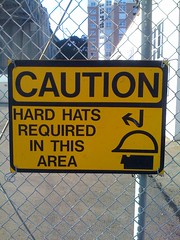 The Detroit Free Press is reporting on a 20% increase in workplace fatalities in Michigan. It is based upon a report from the AFL-CIO that looked at worker deaths between 2015 and 2016.

Michigan ranked 21st in the nation for workplace fatalities. Data shows that 162 workers lost their lives in 2016. A shocking 20% increase from 2015.

The AFL-CIO also criticized the Trump administration for rolling back safety measures nationwide. It also pointed out that not enough OSHA inspectors are available.

Michigan law gives few options to families after a loved one is killed on-the-job. Workers’ compensation is the exclusive remedy and the employer cannot be sued for its negligence. Benefits include a $6,000 burial expense and 500 weeks of lost wages to eligible dependents. Not much for the loss of a human life.

Spouses must show factual dependency to qualify for weekly payments. A husband or wife can see their weekly payments slashed if they have been receiving substantial income from another source.

Children who are over 16 years old must also prove factual dependency to qualify for weekly payments. Evidence must be presented showing how much support the deceased employee provided to the child. Benefits will generally stop at age 18 but can be extended to 21.

We hope lawmakers in Michigan review these awful statistics and take steps to fix our workers’ compensation problem.

Husband speaks out after industrial accident kills his wife