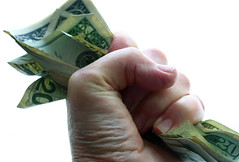 Crain’s Detroit Business is reporting the pure premium rate will drop by an average of 9.3% in 2017. Michigan employers have now seen a 39% drop since 2011 workers’ compensation reforms were passed. This has resulted in estimated business savings of $390 million.

A 2013 study by the National Academy of Social Insurance (NASI), a nonprofit and nonpartisan organization, found changes in many state laws have made it more difficult for workers to qualify for benefits.

“These state laws include more stringent compensation rules, the reduction of coverage for certain medical diagnoses, and new legal requirements that make it more difficult for workers to succeed in their claims for benefits,” said John F. Burton, Professor Emeritus, Rutgers and Cornell University.

Michigan saw a 24.9% decline in total benefits paid during a five-year period. This occurred despite rising medical costs around the country.

Who pays the price for a 39% cost reduction?

Special interest groups have been using the same argument about protecting job creators for years. This has led to reform efforts around the country resulting in massive benefit cuts. Lawmakers in Washington have even suggested that federal oversight is now required.

Michigan saw a major overhaul of its workers’ compensation law in 2011. Insurance companies are now permitted to reduce benefits using “wage earning capacity.” This applies to partially disabled employees who can supposedly find alternate employment. The problem is that insurance companies make this determination and it is based upon phantom wages. It does not matter whether the disabled employee actually finds a new job.

One of our clients saw his benefits drop to just $19 per week. A vocational expert hired by the employer said he could earn wages despite being out of the labor market for nearly 10 years.