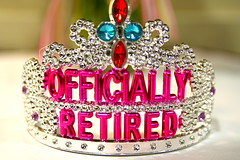 ABC News has another story on employee workers compensation fraud. This time it’s a California woman who was caught competing in a beauty pageant while collecting workers compensation benefits. She apparently suffered a toe injury at a grocery store and was unable to work.

California insurance officials allege that she participated in at least two beauty contests while collecting workers compensation benefits. Online video shows her wearing high heels and walking without any signs of discomfort.

“You can’t post things to social media while claiming that you’re legitimately injured, taking a check from the state for worker’s compensation benefits and expect not to get caught,” Byron Tucker, deputy commissioner at the California Department of Insurance, told ABC News station KABC.

If convicted, she faces up to one year in jail, probation, and $24,000 in restitution.

This type of behavior is what drives insurance companies to investigate all claims. It also feeds into the perception that everyone on workers compensation is faking.

The majority of claims are legitimate. Accident Fund Insurance Company, the largest workers compensation carrier in Michigan, estimates that fraud occurs in just 4% of claims.

Insurance companies routinely use social media as proof that a claim is not legitimate. We tell our clients to stop using these websites and remove their accounts. This will ensure that nothing can be taken out-of-context.

We have been critical of ABC News in the past. We acknowledge some bad apples exist but take issue with one-sided reporting. Issues such as employee misclassification and premium fraud rarely get much attention.

Fraud committed by employers cost billions annually. It results in legitimate claims not being paid and forces taxpayers to pick up the tab.

Workers compensation attorney in Michigan shows how employer/insurer fraud is a major problem and why it’s not getting the attention that it deserves.