Michigan workers’ compensation system goes under the spotlight in new WCRI study but conclusions are based upon old data. 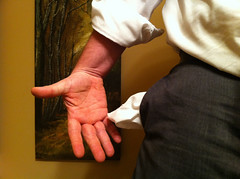 How do policymakers measure the adequacy of income replacement benefits under workers’ compensation in Michigan? A new study from WCRI attempts to find out by looking at potential earning losses up to 10 years post-injury.

The WCRI study followed workers hurt in 2004 and observed their post-injury earnings through the end of 2008. Researchers could project earning losses up to 10 years.

The study also showed 21 percent of workers with more than 1 month of income replacement benefits either had no meaningful return to work or only had sporadic intermediate-term employment patterns.

We found this study fascinating. Unfortunately, it is based on data that is more than 10 years old. Michigan workers’ compensation law has changed dramatically since that time.

Amendments in 2011 allow employers and insurance companies to use wage earning capacity to automatically reduce payment of income replacement benefits. It does not matter whether a person has found new employment. This has caused tremendous hardship for our clients.

We represented a man who saw his income replacement benefits slashed to just $19 per week. A vocational expert said he could find work elsewhere but nobody wanted to hire him. Without this safety net in place, his prospects of transitioning to a new job were slim. He could no longer support himself and would have been homeless without family support.

Michigan policymakers have a long way to go to fix our workers’ compensation system. It starts with ending the unfair practice of using wage earning capacity and “phantom wages.”