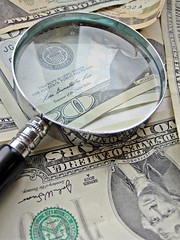 U.S. lawmakers are seeking review of state workers’ compensation laws in response to changes that that have reduced protections during the last decade. This problem was highlighted in a series of reports by ProPublica and NPR finding 33 states have enacted changes reducing benefits or making it more difficult to qualify.

Cost-shifting was noted as a major concern by the lawmakers with employers now covering just 20% of the overall expense of a work injury. Private health insurance and employees themselves cover nearly 63% of the costs. Taxpayer supported programs like Medicaid and Medicare pays the difference.

We have blogged about the race to the bottom in Michigan on multiple occasions. Special interest groups used enormous political pressure in 2011 to reform the workers’ compensation system. These changes have made it much harder to collect benefits. Reforms have resulted in a 32.7% drop in premiums during the last 4 years saving employers hundreds of millions.

Employers are now permitted to offset benefits using “phantom wages.” This occurs when vocational experts say work is available within an employee’s restrictions, qualifications, and training. It does not matter if the employee has a new job or if real wages are actually being paid.

Proving a medical condition is work-related has become so difficult that many people have no recourse at all. This is especially true for individuals with some preexisting arthritis. Complaints of severe pain are simply not enough.

Federal oversight is needed because our state lawmakers have failed to protect workers’ compensation. Benefit levels have reached the point where the system is no longer fair or reasonable.