Our 2 cents on workers’ compensation reform

How a 28% reduction in the pure premium rate for employers comes with a big cost for injured workers. 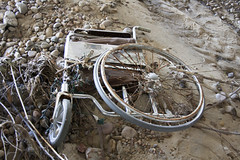 We have written extensively about House Bill 5002 and the negative effects on our clients. While the administration brags about lower workers’ compensation premiums it is coming at the expense of injured workers.

House Bill 5002 codified Stokes vs. Chrysler. This controversial opinion from the Michigan Supreme Court changed the burden of proof in a workers’ compensation case making it much harder to collect benefits. An injured worker must now somehow define the universe of jobs he or she is qualified and trained to perform. The injured worker must then prove that he or she cannot earn wages even in work never performed before.

House Bill 5002 went much further changing how benefits are paid. Insurance companies and employers are now permitted to use “wage earning capacity” to reduce or stop weekly checks. This change removed the major incentive that employers had to bring people back to work after injury. Employers no longer have to worry about accommodating restrictions or helping people get retrained. The weekly check is simply reduced based upon a job that may or may not exist.

The problem is that it does not matter whether the injured worker is actually earning other wages. Insurance companies can say a person has a wage earning capacity based solely upon their own opinion. The burden is on the individual to file a workers’ compensation case and prove entitlement to full wage-loss benefits. A process that can take years and cost thousands of dollars.

The idea that an injured worker must take an available job or face a reduction in benefits is a fallacy. Insurance companies are hiring vocational experts in every case. A labor market survey is conducted but no alternate job is actually offered.

The vocational expert can always identify low paying or entry level jobs. If an injured worker was earning the same salary, their weekly check is reduced to zero. If he or she was fortunate enough to earn $15.00 to $20.00 an hour, the weekly check is reduced by a mere 50% to 80%. At this point, not enough is being paid to survive.

Want to see how all these changes work in practice? Just look at any number of Appellate Commission decisions in the last several years. Commissioners themselves have even acknowledged a problem:

“With regard to plaintiff’s argument of bias and prejudice, we answer as follows: it is true that the new law has resulted in an increased number of remands and denials of benefits but to charge bias when looking at results under the old law is to compare apples and oranges. We must abide by the law as written and have no power to deviate from its commands. If plaintiffs in this State are dissatisfied with the results of the new law, that is a matter for the legislature and not the Commission.” Rose M. Mulvena v  State of Michigan – Dept. of Transportation 2014 ACO # 2.

“While I find my colleague has provided an accurate review of the law as it relates to the changes in worker’s compensation in the recent decade, I also find I must write separately to illustrate a point. Having served as a magistrate for fifteen years, I find that for both magistrates and practitioners (particularly those who typically represent plaintiffs) the current state of the law is nearly impossible with which to deal.” Timothy R. Ferris v Tri Tec Seal, Inc. 2012 ACO # 49, L’Mell M. Smith (dissenting).

Cheryl L. Rhodes-DeYoung v. Manor Care Inc./Heartland Health Care Center 2014 ACO # 47 is an absurd case that was decided on October 8, 2014.  It  involves a woman who sustained a traumatic brain injury in 2004 from a car accident. She suffers from hemiparesis (severe weakness on her left side), ataxia (coordination problems), positional vertigo (dizziness), cognitive problems impacting attention, concentration and memory. Despite all of her limitations, she successfully transitioned to work as a housekeeping aide. She would use a cane and cart for support as she walked. Her employment with the defendant lasted for 11 years until she slipped and fell on a wet floor at work. This ultimately resulted in a total hip replacement. She tried to return to work but was terminated.

The magistrate awarded continuing wage-loss benefits finding her unable to compete in the ordinary job market and thus establishing a limitation in her wage earning capacity in work suitable to her qualifications and training.

This shocking example shows what a person must go through to simply collect his or her workers’ compensation benefits. We are talking about just 80% of their after-tax average weekly wage before they were hurt.

Workers’ compensation is social and remedial legislation. It is supposed to err on the side of approving not denying benefits. This is the grand bargain that was established when people gave up their right to a civil trial over 100 years ago. The system is now broken and families are suffering.