Uber begins food delivery service but drivers still not guaranteed workers’ compensation benefits if they get hurt while working. 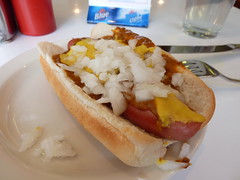 The Detroit Free Press has reported that UberEATS has launched in Metro Detroit. Smartphone users can order food from local restaurants and have it delivered to their door by an Uber driver. This service is now available in downtown Detroit, Berkley, Dearborn, Melvindale, Roseville, and Grosse Pointe.

Uber is at the forefront of the gig economy and we applaud its innovation. However, we have mixed feelings about this new food delivery service because drivers are still being classified as independent contractors.

Several class action lawsuits have been filed and settled. Uber even introduced its own pilot program for drivers to purchase additional insurance in case of a work-related accident. This issue remains a controversial topic.

Michigan lawmakers recently passed new auto insurance laws to address transportation network companies. Included was a test to determine if a driver was an independent contractor or employee. We have been highly critical of this legislation because it appears to create a hodgepodge of legal standards and ignores existing workers’ compensation laws.

Employee misclassification is a big problem in Michigan. This is when a business says a person is an independent contractor despite the facts being otherwise. It is done to game the system and avoid employer responsibilities.

We need additional laws to keep up with emerging technology. This is especially true as the gig economy continues its expansion into other areas. Uber should be required to purchase workers’ compensation insurance for its drivers.